We all have our favorite movies. That movie you've watched it multiple times, making friends and family suffer through it because only a soulless fuck wouldn't love this movie as much as you do. But you know you've found something really special when you watch it, pause about two seconds to let the epicness that is everything you've just seen on screen sink in, and then hit the replay button to watch the entire thing all over again. I can't think of a better compliment to a movie than to watch it twice...in a row. In my long and weary life of twenty two years, I've paid this compliment to all of three movies. Roll it. 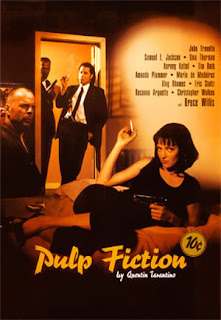 I don't think this one is a surprise to anyone. But I was a bit of a movie virgin when I first saw this movie--I hadn't seen any other Tarantino's and I didn't recognize any of the actors or actresses because I simply never bothered to remember their names (ah, the simple days). I'd picked this one up randomly, not particularly thrilled by the cover and not even that eager to watch it. Nonetheless, I sat down with my younger sister and popped it in. We sat in silence until the credits rolled, paused only long enough to rewind it (ah, VHS), and then unanimously agreed that we had to watch it again. Immediately. 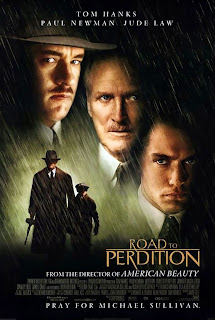 Yet another movie with an unglamorous start. This was a sick-day movie rental. Something to keep me company while I sniffled and focused on fighting the cold with my badass antibodies. So I turned it on, watched it, hoped to fall asleep half way through so I wouldn't have to deal with my miserable state of existence. What I got was something entirely unexpected. Something that kept me riveted at every second. Something so good that I had to invite a friend over just so I could rewatch it right away. 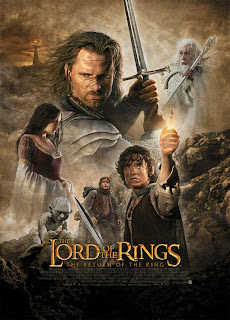 I know what you're thinking. So how many days did that one take to rewatch? This one was neither a sick day nor a reluctant watch. I went to the theaters knowing I would love it. So what did I do? I bought my ticket, sat down, fell into fan hysteria for a near three hours, and then hung around for the next showing to do it all over again. Nerdom at its finest.

And that was my walk down memory lane. Your turn. What movies did you watch that were so good you had to rewatch instantly?
Posted by M. Hufstader at 8:07 PM

Email ThisBlogThis!Share to TwitterShare to FacebookShare to Pinterest
Labels: Instant Replay, Lord of the Rings, Nostalgia, Pulp Fiction, Return Of The King, Road To Perdition