TOP FIVE DEADLY LITTLE KIDS
Here we are, just a day away from Hunger Games (2012). At least, a day if you're crazy like me and already have tickets to thursday's midnight show. Either way, that shit's coming up soon, and in the meantime we're all going to rock back and forth and pray that is doesn't turn into some Twilight sparkly eye candy crap. I want children, on a big screen, getting their guts torn out. Is that so much to ask for? Either way, to boost my hope that this movie will be as wonderfully, epically violent as the books were, I've decided to compile a list of the top five deadly little kids you do not want to steal candy from.
5. Anakin Skywalker. 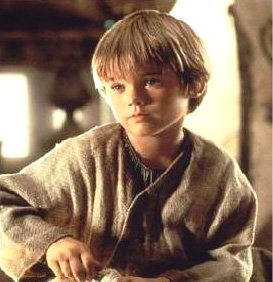 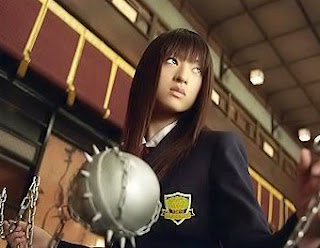 Last Spotted: Kick-Ass (2010).
Body Count: How many people can beat the shit out of Mark Strong and get away with it? And how many of those people are child assassins?
2. Mitsuko. 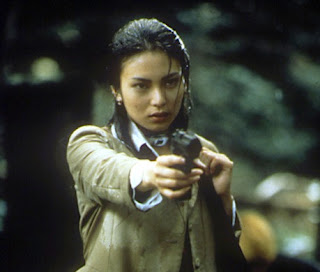 Last Spotted: Battle Royale (2000). Also known as the better and bloodier Hunger Games.
Body Count: She manipulates and slaughters her way through the arena. With a fucking scythe. What is it with me and Japanese school girls today?
1. Hanna. 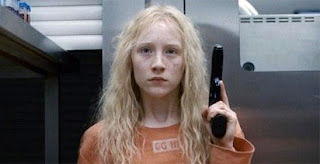 And if those five deadly children don't scare you into ripping your uterus out, these might:
Those two little shits from The Shining (1980).
Mahilda from Leon: The Professional (1994).
John Connor from Terminator 2: Judgement Day (1991).
Claudia from Interview With The Vampire (1994).
Hayley Stark from Hard Candy (2005).

Pedophiles: this is your final warning. Any lethal children I missed?
Posted by M. Hufstader at 9:27 AM